The Mayport area has undergone many changes over the centuries.  Even the St. Johns River, which has directly and indirectly brought about many of these changes, has been given several different names over the years. Among other titles, the Timucuan Indians were said to have called the river Welaka, or the River of Lakes, due to the many tributaries, lakes, and marshlands that are connected.  Some of the first Spanish explorers who came to the area bestowed the river with the name of Rio de Corrientes, which translates to the River of Currents alluding to the turbulent and changing conditions at the entrance to the river between Mayport and Ft. George.  French Huguenots around the same time began to call the same body of water the Riviere de Mai, or the River of May.

During Florida’s territory days from 1821 to 1845, the Mayport area was known as Hazard (sometimes written as Hazzard).  This period of time contained many of Mayport’s milestones, including the construction of the first two lighthouses and the early days of the bar pilots.  The name change to Mayport Mills in the 1840s is attributed to Kingsley B. Gibbs, the nephew of Zephaniah Kingsley of Kingsley Plantation in Ft. George. Gibbs opened a saw mill in Mayport, capitalizing on the lumber industry in the Beach area, a few years after purchasing Kingsley Plantation.

After the Civil War, Mayport became an area geared toward tourism and recreation, utilizing its oceanfront location and abundant fishing opportunities.  It was not until 1909 that Mayport was officially deemed a city with plans to expand, which were likely ended by a large fire in 1917 that burned down several buildings. 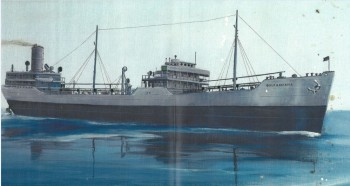 The night of April 10, 1942 started as a typical Friday night for people in the Beaches area. Jacksonville Beach was teeming with crowds kicking off their weekend with a visit to the boardwalk amusements, attending a dance at the pier, or catching the latest movie at the local theater.  At approximately 10 p.m., however, the night took a very different turn.

It was World War II and wartime activity had picked up all along the Atlantic coastline.  U-boats – German submarines – were frequently spotted only a few miles off-shore.  One of their objectives was to diminish the supply of materials available for the U. S. military to use in the war.  Until that night, the war still felt far away for the people of the Jacksonville area.

Earlier in the day, a U-boat – U-123 – had spotted a U.S. oil tanker heading up the coast of Florida.  The tanker, SS Gulfamerica, was on its way back to New York after its maiden voyage to pick up thousands of gallons of fuel from Texas. The precious cargo carried by the Gulfamerica made it an instant target for the U-boat, which stalked it up the coast of Florida. U-123 caught up to the Gulfamerica off the shore of Jacksonville Beach and opened fire on the ship.

The tanker was easily visible to the U-boat against the lights of the beach city. Since the ship was full of fuel, a large fire quickly spread around the sinking boat as the crew hurried to escape the attack. Hearing the explosions out at sea, people all along the beach rushed outside to watch in shock and horror as the U-boat continued its assault on the ship.  The captain of U-123, Reinhard Hardegen, recalled looking out at the beach and seeing people rushing out of hotels, their faces red from the light of the ship’s fire.  They could see the crew members making their way out on life rafts or jumping into the burning water.

Some locals like Townsend Hawkes later recounted their efforts to take smaller boats out to the scene in an attempt to rescue survivors.  Navy patrol boats also arrived to pick up survivors and bodies.  In a 1990 news article, Quartermaster Morris Smith recalled pulling in survivors who were covered in oil and badly burned. Of the 48 men on the Gulfamerica, 29 survived the attack, 12 bodies were recovered from the sea, and 7 were never found.

While the attack was swift, the tanker took several days to sink completely and the effect of the attack was lasting.  A ban on nighttime lighting at the beach was issued following the event to avoid illuminating other American ships for the enemy.  The war had reached the shores of Northeast Florida and the attack on the Gulfamerica was remembered by residents of the Beaches area for decades after. 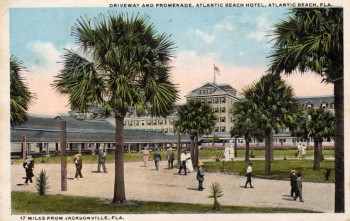 When Henry Flagler purchased the Jacksonville and Atlantic Railway line for the Florida East Coast Railway in 1899, he was already envisioning another addition to his line of Florida winter resorts: The Continental Hotel.

Jacksonville’s tourism boom in the 1870s and 1880s sparked interest in the resort potential of the Beaches area with early attempts including the Murray Hall Hotel and Burnside Beach Resort. The Murray Hall Hotel, which opened in 1886, was located in Pablo Beach and boasted several amenities such as electric generators, billiards, and a Sulphur water spa. The grand hotel did not last long, however, and burned down in 1890.

Burnside Beach was a resort in the East Mayport area owned by the Jacksonville, Mayport and Pablo Railway & Navigation Company. Burnside opened around the same time as Murray Hall Hotel, although a fire in 1889 damaged several of the buildings and piers and brought the resort to an end. Flagler’s creation of the Mayport Branch of the FEC Railway and the Continental Hotel renewed interest in tourism for the Beaches. 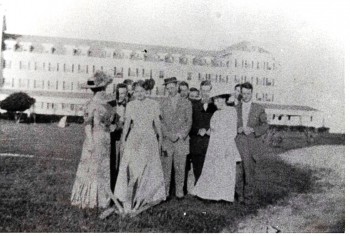 The Continental Hotel, constructed on the oceanfront in Atlantic Beach, opened in June of 1901. While it still featured luxury accommodations like Flagler’s other Florida resorts, it was simpler in design than hotels like the Ponce de Leon in St. Augustine. The hotel featured its own golf course, a detached veranda that wrapped around the hotel for lounging, an 800 foot ocean pier—the Atlantic Beach Pier—for fishing, picturesque drives around the area, and automobiling (racing) along the shore. Stretching along the oceanfront at 447 feet long and 47 feet wide, the wooden hotel provided a grand and palatial figure at the Atlantic Beach seashore. The building was yellow—a specific shade used by the FEC—with green shutters, accommodations for over 200 people, and a dining room that could seat 350 people. In advertisements for the hotel, the building was described as having an architectural design which was “perfectly balanced and pleasing to the eye” with its symmetry.

Despite all of its advantages, the Continental—opened for both summer and winter seasons—was sold in 1913. The hotel was then known as the Atlantic Beach Hotel until the building burned down in 1919. 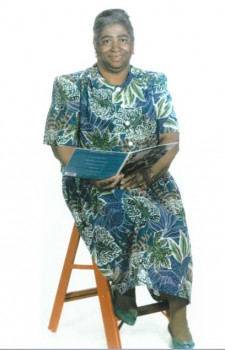 Margaret McQueen was a lifelong advocate for residents of the Beaches community and the first African American elected to the Jacksonville Beach City Council. She was born February 5, 1940, in Jacksonville Beach, Florida. In 1958, McQueen moved to Indiana where she started a family and returned to the Beaches area in 1969. Newly divorced and the mother of four, McQueen enrolled at the University of North Florida and graduated in 1974 with a degree in education. As a mother and second grade teacher at Seabreeze Elementary School, McQueen saw the issues of drugs, crime, and poverty eroding the Beaches neighborhoods. In 1989, she lead the Jacksonville Beach Community Action Co-op to address community issues of crime and to further increase the cooperative partnership between citizens and police. 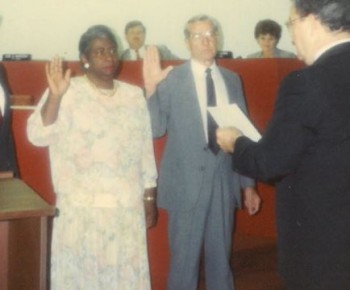 In 1991, at the age of 51, McQueen ran for the District 1 City Council seat. The election included the first ever district voting, which divided voters into geographic districts to choose their candidates. The District 1 City Council seat included the central and northeast sections of Jacksonville Beach, encompassing the same area where McQueen lived and raised her family. McQueen became the first African American elected to the Jacksonville Beach City Council on November 5, 1991, thus marking a historic moment for the Beaches community. She diligently served on the City Council from 1991 through 1994 and again in 1998. During that time, she saw the needs of the community improved. On June 29, 2013, McQueen passed away at the age of 73. 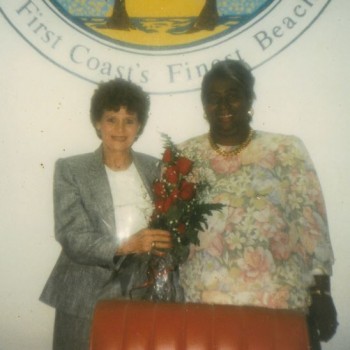 The legacy of McQueen included the positive change one woman brought to her community through her efforts of grassroots organizing and civic engagement. She brought equal representation to her district and stood firm in her convictions for the belief in the greater good not just of her community, but for all the surrounding communities of the Beaches. She strove to make the Beaches a better place to live and spearheaded the volunteerism of both blacks and whites. The Beaches community is forever grateful for the contributions and leadership of women such as Margaret McQueen.