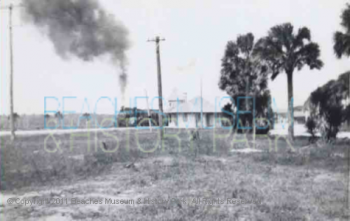 Although intimately associated with rail magnate Henry M. Flagler’s Continental Hotel, Atlantic Beach has a long history of its own.

It is believed by many scholars that the first permanent, year-round Native American settlement in North America was located at what is today Atlantic Beach near the mouth of the St. Johns River in 3,570 B.C.E. The abundance of food and the benign climate encouraged successive native cultures such as the Timucua to settle in the area as well.

The research that established this date has since found similar sites in Florida that date approximately to the same time. Therefore, the Atlantic Beach site should still be considered “one of the oldest” permanent, year-round native American settlement sites in North America. 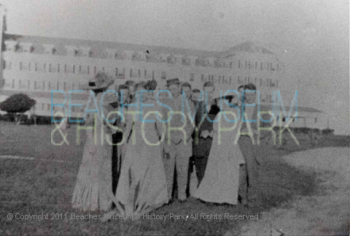 Classic Fun at the Continental Hotel, 1907

While the tourist industry in Atlantic Beach remained the focus for the area during the early 1900s, the completion of Atlantic Boulevard in 1910, connecting Atlantic Beach with south Jacksonville, allowed for a prosperous residential community to grow. The citizenry eventually changed from a seasonal population to full-time residents creating a year-round town peppered with architecturally significant homes.

The Town of Atlantic Beach incorporated in 1926 with the governor appointing Harcourt Bull as the first mayor. The hotel business continued to bolster Atlantic Beach. Tourism provided employment and supplied essential infrastructure such as electricity, which was provided to the community by the Atlantic Beach Hotel, successor to Flagler’s Continental Hotel until 1938. 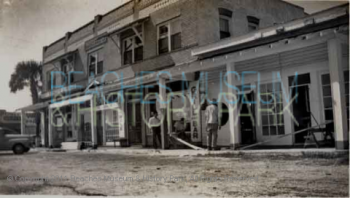