This article was written and contributed by Karen Thomas 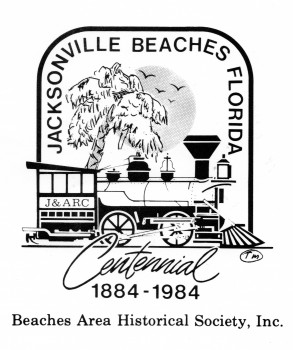 In 1984, the Beaches Area Historical Society hosted a series of events recognizing the centennial of Jacksonville Beach. Founded in 1884 by the Scull family, Jacksonville Beach was first known as Ruby Beach. William E. and Eleanor Scull were the first family to settle the area, working a post office and general store while living in tents on the beach with their two children, Ruby and Bessie. What began as a small, nearly unpopulated, nineteenth-century outpost on the route between Mayport and St. Augustine eventually grew into the thriving and lively Jacksonville Beach that Jean McCormick and the Beaches Area Historical Society wanted to commemorate with a centennial celebration in 1984. 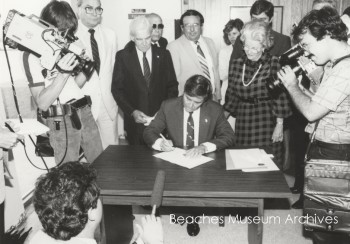 The celebration kicked off in 1983 when Florida Governor Bob Graham signed a proclamation designating 1984 as “Jacksonville Beaches Area Centennial Year.” From there, the Historical Society – led by Jean McCormick – spearheaded plans to ensure that the centennial celebration of Jacksonville Beach would be a year full of activity and events.

In April of 1984, the Society hosted a “Saturday in the Park” event to commemorate several significant milestones in Beaches area history. 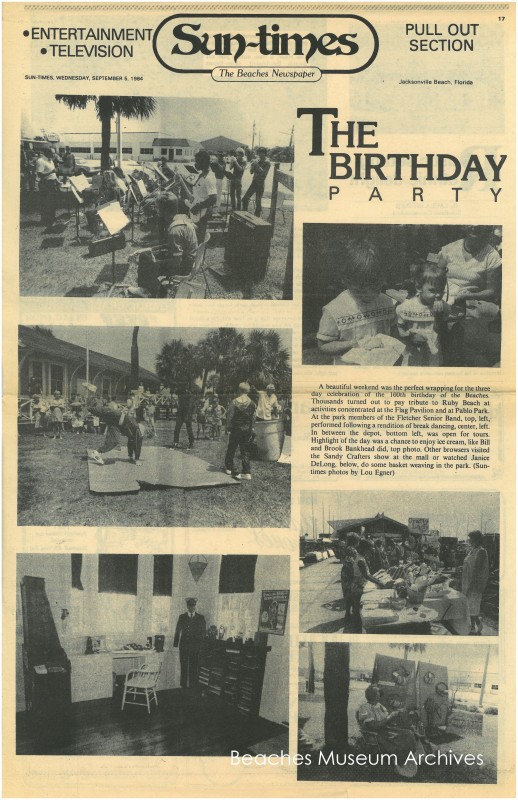 First, there was the unveiling and dedication of the 1932 Lindbergh Baby Monument at its new permanent home in Pablo Park.  This was followed by a ribbon cutting ceremony of the newly renovated and restored Mayport Depot. “Saturday in the Park” proved to be a huge hit, even drawing attendance from the grandchildren of the Scull family. 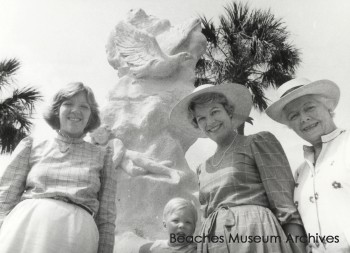 Jacksonville Beach’s centennial celebrations concluded in December of 1984 when the Beaches Area Historical Society placed a historic marker in Pablo Historical Park to commemorate the establishment of Ruby Beach. The grandchildren of William E. and Eleanor Scull initiated this idea and worked closely with the Historical Society in order to preserve this important piece of Beaches history. 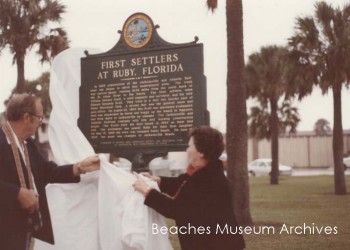