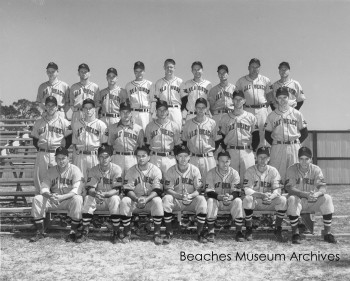 Years before the Jacksonville Jumbo Shrimp (which had been known as the Jacksonville Suns) took to the baseball diamond in early 1960s, there was a different baseball team called the Jacksonville Beach Sea Birds. The Jacksonville Beach Sea Birds entertained hundreds of fans from all over Duval County and surrounding areas. Founded in 1952, the Jacksonville Beach Sea Birds played in the South Atlantic League, a minor league circuit commonly referred to as the “Sally” for short. The Sea Birds often played better than most of the other teams in their league, winning the majority of their games overall and even coming close to winning their league’s championship during their very first season in 1952. Even though the Sea Birds played well, the team never gained a substantial fan base and lasted only three seasons until their disbandment in 1954 because of the lack of revenue from fan attendance. Many other teams in the Sally also faced problems keeping fans in their seats, which caused such harsh financial burdens on the league that many teams considered disbanding to relief themselves of the financial hardship. 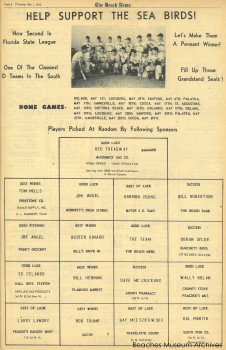 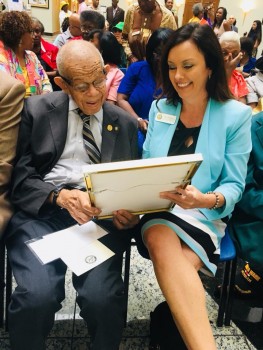 Born on September 9, 1929 in Jacksonville, Florida, Rutledge Pearson is best known for his civil rights activism because of his many years advocating for civil and social equality here in Northeast Florida until his tragic death in 1967. Mr. Pearson even held the office of President for both the local Jacksonville branch and the Florida state level of the National Association for the Advancement of Colored People (NAACP) because of his lifetime dedication to civil rights activism. However, Rutledge Pearson was not always a civil rights leader. Before his leadership role in the NAACP, Pearson was a local history teacher and an African American baseball player that played in segregated teams such as the Birmingham Black Barons. Rutledge Pearson was an excellent baseball player that strove to play in the major leagues and saw the integration of the Sally as his opportunity to not only increase his chances of one day making it to the majors but also as an opportunity to play on a team close to his family and home in Jacksonville, the Jacksonville Beach Sea Birds. Looking to further his baseball career, Pearson asked the Sea Birds to play on their team but the citizens, team manager, and city officials all stood by the decision to keep the team segregated and denied his request to transfer to the team even though Pearson would have brought lots of revenue to keep the team and stadium running for a while longer. This decision ultimately led to the disbandment of the team as park officials closed down the park instead of allowing Pearson to play, a decision that devastated Pearson and led him to dedicate his life to civil rights activism. 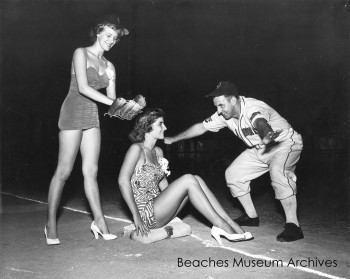 The Jacksonville Beach Sea Birds were a talented minor league team in the early 1950s but the support from citizens and the local government to keep the team segregated resulted in the team’s disbandment after only three seasons. The Sea Birds’ time in the South Atlantic League was short and Rutledge Pearson never reached his goal to play in the majors, yet Rutledge Pearson’s experience with the Sea Birds inspired him to dedicate the rest of his life to advocate for social and civil equality, a truly remarkable and influential result