Ponte Vedra Beach has enjoyed a rich 400-year history, with a different flare than the other Beach communities. Since the establishment of St. Augustine by the Spanish in 1565, and the founding of Fort Caroline by the French to the north in 1564, soldiers have traveled the sands of Ponte Vedra Beach vying for a foothold in Northeast Florida.

This area has been rich in rattlesnakes, alligators, mosquitoes, and minerals. The National Lead Company mined for minerals in the sand for years, and at that time there were as many mules as people in Mineral City.

When it became less profitable to extract minerals from the sand, the National Lead Company brought in the Telfair Stockton Company to begin a real estate development of the site. Since the area was being developed for an affluent clientele, one of the first tasks was to change the name from Mineral City to something with a little more widespread appeal. An article on Ponte Vedra Beach, Spain, and its claim to being the birthplace of Christopher Columbus (inaccurate), swayed the decision. The name Ponte Vedra Beach was chosen. The last vestiges of the mining past were obliterated, the slate cleaned, and Ponte Vedra Beach was on its way! 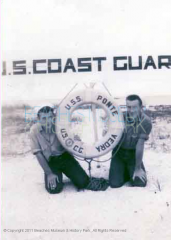 The remoteness of the Beaches was still a problem. The developers offered initial buyers deep discounts to encourage development and a small, existing golf course was greatly improved. As residential development increased, the State of Florida completed the road from Jacksonville Beach south to St. Augustine, opening the last segment of the East Coast Scenic Highway. Ponte Vedra Beach was in the conceptual stage in 1928 when the owners of the land actually set up plans for serious development of the area as a resort.

By 1942, National Lead Company sold its interest in Ponte Vedra Beach to the locally driven Ponte Vedra Beach Corporation. The community rapidly developed into a year-round resort community with a substantial permanent population. Today, Ponte Vedra Beach is considered one of the most luxurious recreational and residential locations in the country, offering over 153 holes of golf, 60 tennis courts and miles of fabulous and famous white sand beaches.