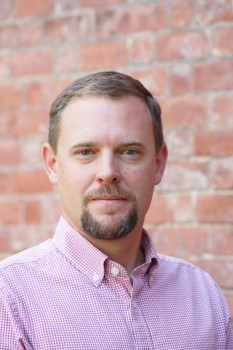 Brendan Burke will be discussing the birth of a new type of boat invented in Northeast Florida during the early 20th century. Forged from Greek, Italian, Norwegian, African-American, and native Floridian hands, the Florida-style trawler became one of the most important boats in U.S. maritime history. From 1919 until the mid-1980’s, Florida supplied the world with shrimp trawlers and commercial fishing boats of all types. In Northeast Florida, the enterprise grew into a multi-billion dollar industry that contributed to over 23 foreign fishing fleets. Ultimately, Florida would be responsible for the largest purpose-built wooden fishing fleet ever assembled.

As Associate Director of Archaeology with the St. Augustine Lighthouse & Maritime Museum, Brendan Burke has become a recognized authority on commercial shrimping history and the building of fishing vessels throughout the southeastern United States. He is co-author of Shrimp Boat City, which documents 100 years of catching shrimp and building boats in America’s oldest port. In addition to his work on commercial fishing history, Brendan is a maritime archaeologist who works with a team of researchers at the St. Augustine Lighthouse to study historic shipwrecks and during the summer he may be found working aboard the research vessel Empire Defender. He holds a bachelor’s degree in history and anthropology from Longwood University and a master’s degree in anthropology from The College of William and Mary.

The event is free to Beaches Museum members with a suggested $5 donation for non-members. Please visit the Beaches Museum website or call 904-241-5657 for further information.